The Basics on Mucus and Mucus Producing Foods 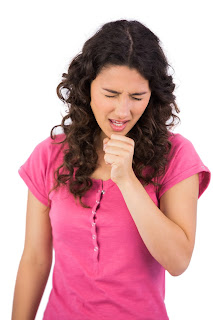 Let Me Clear My Throat!


This week, it seems as though everyone having difficulty with mucus. Whether they are throat clearing, coughing, hacking or spitting, mucus is suddenly a huge part of my day. Yuck! My patients, my husband and four out of four of my children are battling this thick, gooey, stringy substance on a daily basis. What can I do?

I am a self-proclaimed saliva expert but, admittedly, I haven't quite reached that same level of competency in the field of  mucus. Since it is the current enemy, I decided to do a little research.  Here's what I found:


You don't even notice it?  Yeah, right!

When mucus production changes, it can cause continuous throat clearing, coughing, sore throat or changes in vocal quality. Most annoyingly, thick, sticky mucus can leave you with that feeling that there is something in your throat. That's what Mrs. S was complains about every morning I see her.

We discussed probable causes for increased mucus, including reflux, allergies and illness- she denies having any of these. I taught her strategies for loosening and clearing the mucus in her throat- she uses them consistently. She even increased her intake of water in hopes of keeping her secretions from turning into goo. So, why does she still complain about excessive, thick mucus? I was racking my brain, and then I remembered: mucus producing foods!

Finally, I asked her, "What did you eat for breakfast?" She reported that she drank a glass of orange juice.  Ah ha! That's it!  Acidic foods and drinks can increase the production of mucus...I finally figured it out.

But why is that?

The link between orange juice and mucus can best be explained by considering things from a scientific perspective.

Mucus has a pH of about 7 and juice has pH of about 3.5.  Since the human body operates best at a pH of 7.3-7.45, the juice significantly changes the optimal pH levels. As a result, the body works to stabilize the pH inside the mouth by producing more mucus.

The additional mucus can pool in the throat, causing a person like Mrs. S to experience the sensation of thick mucus hanging in her throat. She stopped drinking orange juice for breakfast and her early morning mucus has reduced significantly. She has declared, "Problem solved!"

Of course, I don't think mucus producing foods are the cause of all mucus problems, but being familiar with this list of foods and drinks certainly came in handy this week. Take a look at the most common mucus makers and consider their effect on the patients you are treating.

Dairy Products:   While there is no clear evidence that dairy products actually increase mucus production, consuming dairy products like milk, cheese and yogurt may cause mucus to be thicker than normal.

Meats:  High fat red meats and processed meats can cause excessive mucus to be problematic, particularly with persons who have COPD.

Gluten:  Excessive mucus is also associated with the consumption of gluten found in wheat products, rye and barley. This is especially true for those with gluten allergy or intolerance.

Caffeinated Foods and Drinks:  Beverages containing caffeine, such as soft drinks, coffee and tea may increase the risk of dehydration, which can lead to thicker mucus. Chocolates and desserts containing coffee may also thicken mucus due to the dehydrating effects of the caffeine in the food.

Individual Considerations:  People may have allergies to foods which cause them to experience increased mucus production after they eat the offending foods. While each person is different, foods that commonly trigger allergic reactions include milk, eggs fish, tree nuts, peanuts, shellfish and products containing gluten or soy.

Whether you use this information, or share it with someone else, I hope it gives you a new understanding of mucus and mucus producing foods. Being conscientious of these foods and drinks can help you avoid a sticky situation.