Ronda Rousey Speaks Out on Childhood Apraxia of Speech

Anything Can Be Overcome 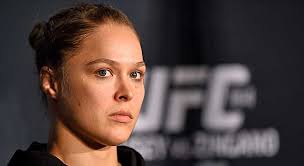 In a recent Huffington Post article, UFC champion Ronda Rousey talked about how she overcame Childhood Apraxia of Speech (CAS), a motor speech disorder that makes it difficult for kids (1-2 in every 1000) to make sounds, syllables and words. Now, this fighter has become a vocal advocate for children who have trouble speaking just like she once did.

During a Reddit AMA (Ask Me Anything) post, she was asked how a speech therapist helped her overcome CAS while keeping her confidence high. She responded, "I love my speech therapist- I thought she was super cool and I didn't even know I was in speech therapy."

Growing up with older sisters, a father working in the aerospace industry and a mother working as a psychologist, Rousey began to struggle with feelings of inferiority at a young age. Born with the umbilical cord wrapped around her neck, her vocal folds were damaged at birth.

During an interview with Rolling Stone, Rousey reported that nobody knew if she would ever produce an "intelligible sentence." According to the magazine, a young Rousey said, "I'm dumb Mom. Maria and Jennifer have the words. I don't have the words."

With speech therapy and encouragement, Rousey was able to overcome CAS and has become a person whose interviews are described as "confident and sharp."

Rousey has posted about CAS on her Facebook page and sent a message to all of the kids who are currently coping with the disorder.

"I would like to tell any kid struggling with speech that anything can be overcome with hard work regardless of how insurmountable the odds seem. Shout out to all speech therapists. You're all awesome."

Thanks, Ronda! I think you're pretty awesome, too! 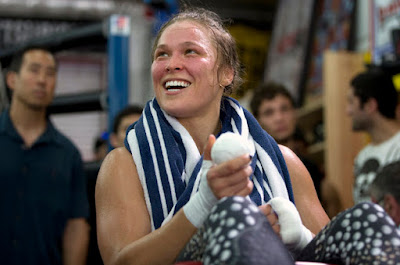 Rousey will face Holly Holm in a UFC Women's Bantamweight Title Fight November 14, 2015. Best of luck to you Ronda...SLPs everywhere will be rooting for you.

Give thanks for what you are now, and keep fighting for what you want to be tomorrow.
Fernanda Miramonetes-Landeroa